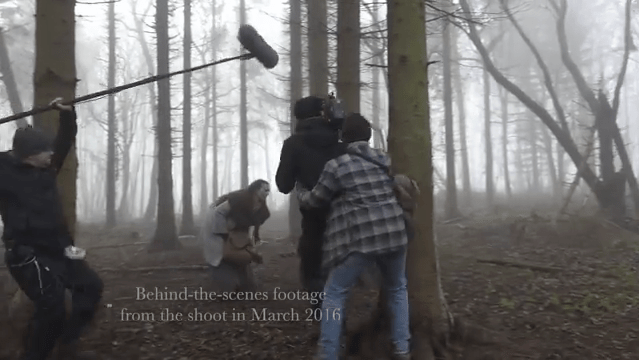 The IOV is pleased to announce the winner of the February competition.

Judges were very impressed with all entries and agreed, in any other month, all could have been winners. However, it was finally agreed the winning entry was:

https://www.youtube.com/watch?v=n9-C0b9Ui58 Joe told me: “The Wyrd was a script written and directed by my step daughter and was shot in the forest behind our house–which itself, was transformed into ‘production central’. Since it was so handy, I went out there each day for an hour or so and shot B roll and whoever I could get hold of for an interview. I didn’t get or ask for any input or direction from the producers. I edited it in two days. While it was shot last March, it wasn’t until October that I was allowed to release it publicly. Because Richard Rankin is in it, the producers knew his fans would jump on it and share it around, so the release timing was delayed for marketing purposes. I’ve been in the film and video industry all my life, but this is the first time I’ve ever produced a ‘behind-the-scenes’ video. I enjoyed it so much I’m reaching out to the UK industry for more work as a ‘DVD Extras’ Producer.” Congratulations to Joe and to all who entered this month’s competition.