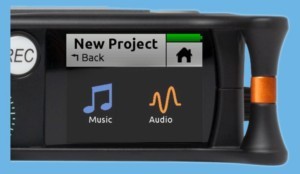 manually drop in and out of record on armed tracks while playing back existing unarmed tracks. You can also lay down Cue Markers to navigate within your recording. These can be named and they can be moved in 1 tenth of a second increments for accurate placing and cueing. A configurable metronome can be engaged, either for the whole recording or just for the intro timing. Unusually for SoundDevices, effects are also provided (reverb and vocal air) so you can add atmosphere and character to your recordings. Tracks can be mixed ‘live’ during recording or on playback – so you can create a mix using the fader knobs, pans, solos, mutes and effects. And, of course, you can route any input to any track, so you don’t have to re-plug inputs unnecessarily. You can even import a multi-channel wav file from your DAW to use as the foundation for a new project – or as a backing track for a live performance – so you have a robust and reliable output for performing live as well. Finally, you can export you final mix-down to share with others. The Musician Plug-in is now available (13/06/18) from the SoundDevices w 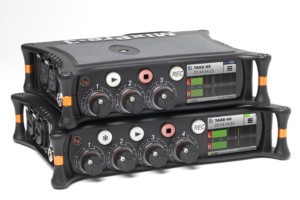 eb site and costs $99.  www.sounddevices.com You can now purchase all the MixPre series with the Musician Plug-in included – or update your existing MixPre with the $99 plug-in. You will need to install the Firmware update v2.20 or later to your MixPre before installing the Musician Plug-in.  Chris North, M.M.Inst.V 14 June 2018 See the SoundDevices product video for the new MixPre3M and 6M which incorporate the Musician Plug-in. https://www.sounddevices.com/news/sound-devices-news/introducing-the-mixpre-3m-and-mixpre-6m-for-musicians See Chris North’s IOV review of the MixPre3 here https://www.iov.com/chris-north-grabs-one-first-sounddevices/